SHOWROOM CLASSES & WEIGHTS
Senior Bucks and Does–6 months of age & over, weight not over 4 pounds.
Junior Bucks and Does–Under 6 months of age.  Minimum weight 2 pounds.
NOTE:  No animal may be shown in a higher age classification than its true age.  All colors are to be shown as Solid or Broken Pattern.  Recognized colors within a group are not to be judged separately.

NOTE:  Holland Lops should be posed with the front feet resting lightly on the table. When ideally posed and viewed from the front, the head should be carried high on the shoulders, and close to the shoulders, exposing a deep, well filled chest and short, thick front legs.  Holland Lops should not be pushed down with the forelegs flat on the table.  Holland Lops are generally of an excitable nature and will often exhibit poor ear carriage when being handled on the show table.  In order to properly evaluate an animal’s ear carriage, the animal should be allowed to relax.

Faults–Lacking depth throughout the body; long, low or narrow shoulders; chopped, pinched, or undercut hindquarters flatness over the hips; large dewlap in does.  Fault severely for long or narrow body.

HEAD–Points 24:  When viewed from the front, the head is to have good width, which begins at the base of the ears and carries down between the eyes to an extremely short and well filled muzzle.  When viewed from the side, the head is round from the base of the ears, to a slight flattening between the eyes and the muzzle and then to continue rounding from the lower portion to the muzzle to the neck.  The eye is to be bold and deep set.  The head is to be massive in appearance and set high and close to the shoulders.  The size of the head is to be in proportion to the size of the body.
Faults–Pinched muzzle; narrowness between the eyes; head too small to balance with the body.  Fault severely for narrow or long head.

EARS–Points 10:  The ears should lop vertically on both sides of the head from a strongly defined and properly positioned crown.  The ears should hang close to the cheeks, with the openings turned towards the head.  When viewed from the front, the outline of the ears and crown should resemble a horseshoe shape.  The ears should be thick, well furred, wide and well rounded at the tips.  The ears should hang just behind the eyes and extend no more than 1 inch below the jaw line.  Ear length and width should balance with the size of the head and body.
Faults–Pointed, narrow, thin or folded ear; poor ear carriage or placement; ear length which does not balance with the size of the animal.

FUR–Points 7:  (Rollback) The fur is to be glossy, dense, fine in texture, and uniform in length.  The fur is to be approximately 1 inch in length and is to gradually roll back into normal position when it is stroked from the hindquarters to the shoulders.

Source: Standard of Perfection published by the American Rabbit Breeder's Association. Used under the Fair Use rules of the U.S. Copyright Laws.

The Quiz Question from shamrockrabbits.weebly.com :
What does the rabbit have in common with the camel?
Answer:
According to the Bible, in Leviticus 11:4-6, both the camel and the rabbit were forbidden to be eaten, because, "...though it chews cud, it does not divide the hoof." 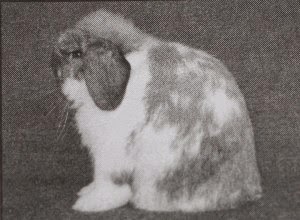 Photo:Courtesy of ARBA. Used under Fair Use Rules.

Call Shamrock Rabbits at 406-591-7291 or email danieldeohara@gmail.com to contact us! Ask for Daniel. 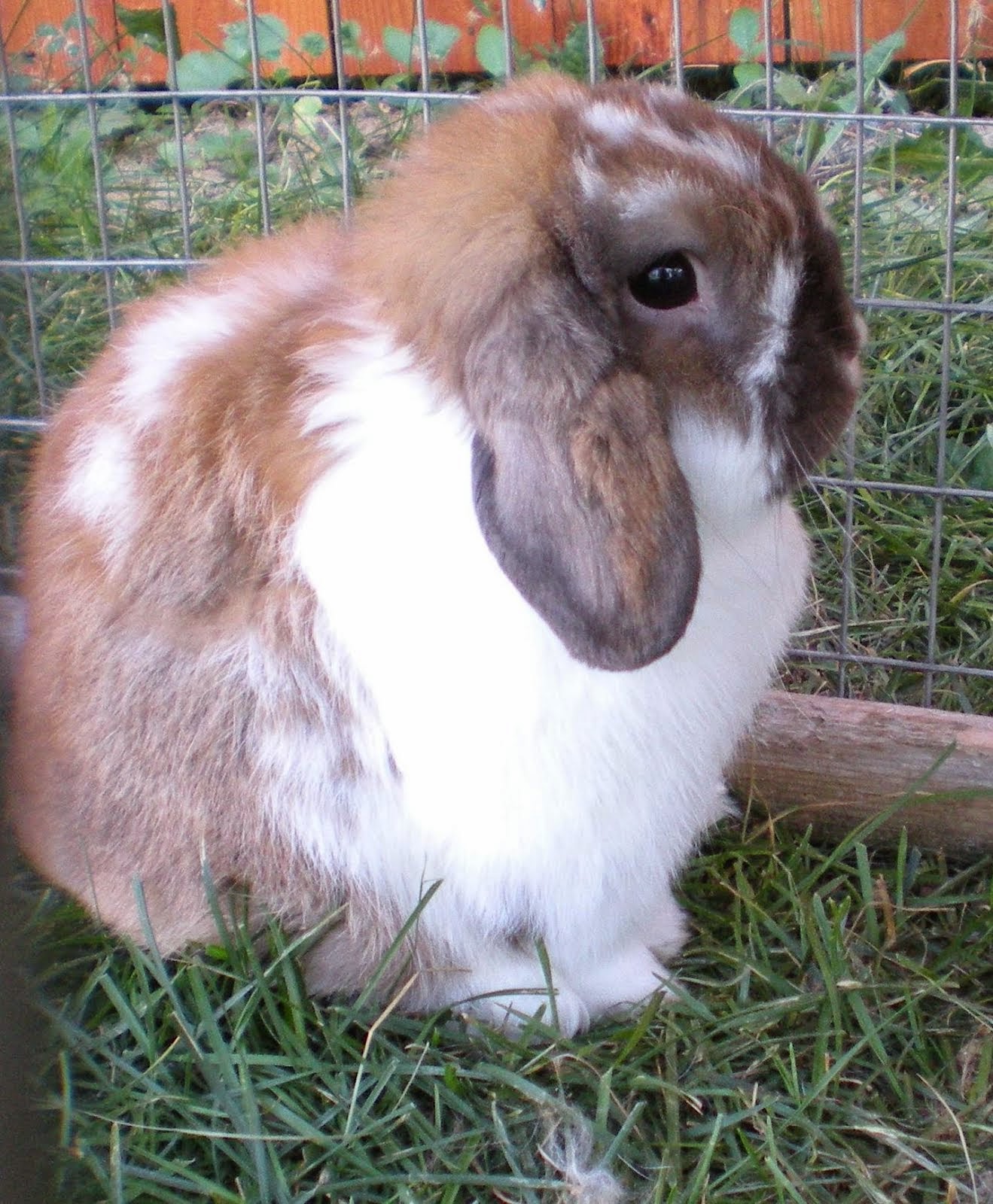 one of Shamrock's quality bucks. RIP.

"For God so loved the world, that He gave His only begotten Son, that whoever believes in Him should not perish, but have eternal life." John 3:16 NASB.
"A righteous man has regard for the life of his beast..."
Proverbs 12:10 NASB.
"And God blessed them; and God said to them, 'Be fruitful and multiply, and fill the earth, and subdue it; and rule over the fish of the sea and over the birds of the sky, and over every living thing that moves on the earth.'" Genesis 1:28 NASB. 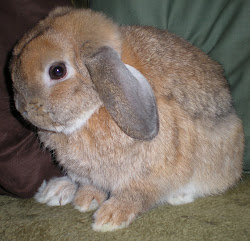 My first Holland buck; he has since been sold as a a pet.